It’s been a few years now since we’ve discussed the Unity GUI system on our blog.

This system is really easy and fast to use when creating some simple user interfaces, which makes it ideal for prototyping.
On the flip side, it’s not very performant on mobile, and doesn’t really allow a non-programmer to modify the UI. 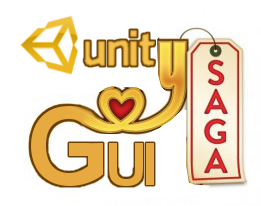 When Unity announced that they were creating an improved replacement for this GUI system, they inadvertently started a seemingly never ending saga. Here’s a quick overview, and some light on when the new GUI system may be released:

Meanwhile, a fellow Belgian even created a website called “is the new GUI out yet .com“, seemingly mocking with the situation, while informing people about the last news fact on the (hopefully) upcoming UI system…

2 thoughts on “The Unity GUI Saga”