Audio Games: Exploring 6 Videogames for the Blind and Visually Impaired

This blog post was written by Daniel Little, a graduate student from Quinnipiac University’s Bachelor in Game Design and Development program who completed his internship at PreviewLabs, with sponsorship from Digital Media of Connecticut. Daniel, take it away!

Hi everyone! In this article, I will give my personal take on 8 audio games for blind and visually impaired people listed on Audiogames.net. Here we go:

Pacman Talks is a downloadable Pac-Man style audio game for Windows. While being welcomed by a nice soundtrack, the game was a bit confusing at first, lacking a bit of explanation on how to actually start it once the executable has been opened. There was no prompt within the first 30-40 seconds stating that the came could be started. After about a minute there was some explanation on how to get started. 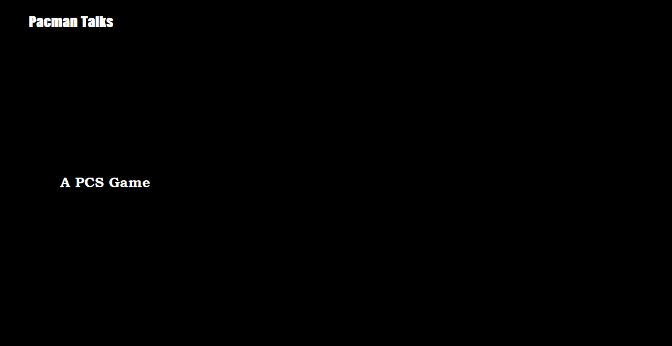 The introductory screen of Pacman Talks. It’s obvious why audio games don’t offer a lot to include in a screenshot – and any information that is presented on the screen often uses a very high contrast, making it easier for people with impaired vision.

The game only shows a black screen, not entirely unexpected for an audio game. After a bit of experimenting, I figured that the game had to be played with the arrow keys on the keyboard, allowing you to move your pacman around. It was quite disorienting to play as it wasn’t clear whether the controls were be interpreted from the point of view of the character, or whether it was interpreted as if the player is observing the game from above. In addition, some sounds were overlapping when pressing keys in quick succession, and the background music was a bit too loud compared to the prompts needed to play the game, so overall this wasn’t a great first experience with audio games.

Camel is a simple text adventure game by now defunct audio games company Braillesoft. Played in a terminal or command prompt window, it lets you play as a traveler on a camel in the desert, trying to escape from pygmies. Like many text based games, it can be turned into an audio game by using a screen reader such as Microsoft Narrator or JAWS.

Camel, a text based game which can be turned into an audio game by using a screen reader.

The player has several options, bound to the number keys 1-8, that dictate the action you take next, such as: moving at a moderate or fast pace, taking a drink, resting, and doing a status check.

In terms of fun factor, I’d say that for a short instance, a game was entertaining because of the storytelling and the race against the pygmies. The small amount of worldbuilding that it does was well executed and kept me interested in the possible outcomes. However, sometimes it overloaded the user with information that you’d have to listen to over and over again – which only really becomes an issue when this text-based game is processed by a screen reader. This illustrates the importance of designing audio games intently (or redesigning existing games to be good audio games) rather than merely porting existing games.

“In Camel, an audio game based on an existing text based game, the user is sometimes overloaded with information. This illustrates the importance of designing audio games intently”

BlackJak, made by the same developers as Camel is another text based game that can be played as an audio game through the use of a screen reader. It plays the same as the popular card game, where you aim to put cards on the table until the cumulative value of the cards is as close as possible to 21, without exceeding this number. 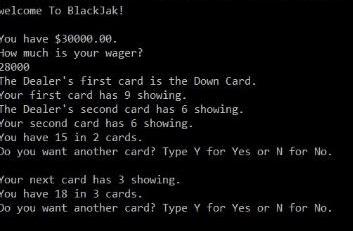 BlackJak illustrates how a text based game without repetition of lengthy sentences can lead to a more enjoyable audio game experience.

Compared to Camel, this game is a lot faster paced, and there is very little information overload, which made it a lot more enjoyable.

Blindfold Hearts is available on the iOS App Store. As I was unfamiliar with the rules of the Hearts card game and as the game didn’t explain the rules clearly enough for me to play it, I had to look up the rules.
However, once I got a solid understanding of how the game is played, the accessibility to blind individuals became greatly apparent as there were plenty of audio prompts to guide the player on how to use it and how to progress through the game. 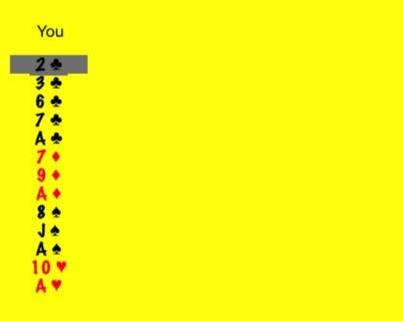 Blindfold Hearts shows how players of audio games have to face a bit of a learning curve before they get to enjoy the game.

Drowning in Problems is a game run in the browser that lets you ‘build’ the life of an individual based on how you see fit, starting from before birth all the way to adulthood. The game presents you with a list of ‘problems’, and each time you can choose to solve one problem, which then modifies the list of problems on the list. This game was not developed as an audio game, but can be played through a screen reader.

Drowning in Problems is a text based game which lets the player click on ‘solve’ links within a list of ‘problems’. The game is interesting at first but doesn’t seem to offer a lot of replay value.

Sonic Zoom is a racing game that can be downloaded for use with Windows. In the game, you follow a straight path while collecting coins and dodging obstacles. This simple concept felt like a fun experience. While it offers a visualization, it is also accessible for blind people.
The narrator’s voice which provides the necessary guidance stands out, is clear, and pleasant to listen to. As you play and you approach coins, you can hear them in the distance as they make a sound, which is different for whether they’re on the same line or on your left or right. 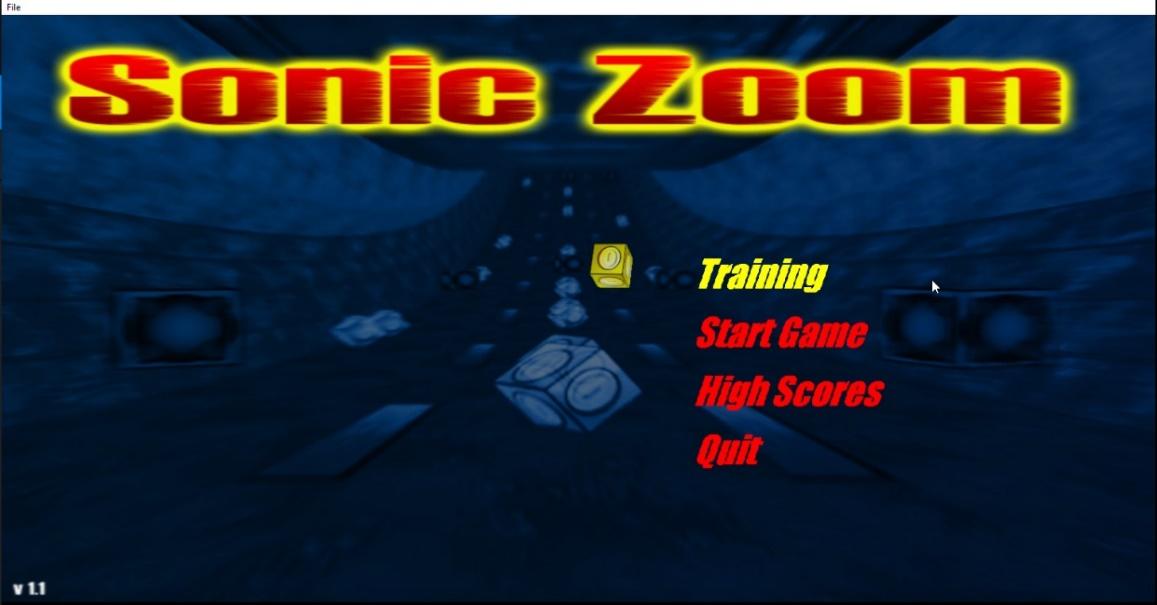 The Sonic Zoom title screen. As in many lane racer games you collect coins and dodge obstacles.

As the examples mentioned here illustrate, there are not a lot of great audio games for the visually impaired on the market. Some are really old, and many seem to be fan-based games, as they sometimes use trademarked names of other games. Many of the experiences also seem to be disorienting, especially the text based experiences that require relying on screen reader software which comes with its own prompts and controls to facilitate the screen reading, which doesn’t usually result in a nicely integrated experience, breaking the immersion of the game.

We feel that there is a need to serve the visually impaired community better. One of the organizations that is constantly advocating for this is AbleGamers; they help game developers make their game more accessible to be more inclusive and allow people who would be otherwise left out to enjoy their games.

At PreviewLabs we always crave a challenge and would be happy to leverage our experience to brainstorm and prototype for audio game concepts. Do you have a concept for which you need a prototype? Don’t hesitate to reach out.

In a future blog post, we will share more about an audio game prototype we developed, which unlike the examples mentioned in this blog post, features a 3D environment for the players to explore.