Physics in Games and VR Simulations

Physics more often than not literally make or break a video game or prototype. That is why our founder Bernard François was invited to NYU (New York University) to talk about physics in games and VR simulations. You can watch the talk in its entirety below.

This blog post is the first in a short series on physics in game technology. We’ll give you more insights in vehicle physics and rowing physics in VR later. You can follow us on Facebook or Twitter to find out when the next posts about this will be live. But for now, on to the basics!

Bernard runs the audience through the basics of how physics are implemented in games. He shows you some of his previous work while at Neopica as well some of PreviewLabs’s projects, and how physics played a part in them. It all comes down to determining the forces that impact the object you are applying physics to. Once you do that, the rest is easy, especially when you’re able to leverage the power of a physics engine such as the Nvidia PhysX system that comes with Unity.

He talks about creating water physics and how objects in and on the water are impacted by them. He shows you an example of a bunny in a bathtub, in which every particle of the water is simulated. Stuff like this takes a lot of processing power. That’s why, if you want to simulate larger bodies of water, you’ll have to resort to different techniques. Imagine creating a detailed and realistic water physics experience on a Nintendo Wii, which is less powerful than an old iPhone 3GS: hardware like this cannot simulate a bathtub filled with realistically moving water particles, let alone an entire ocean. Game technology has evolved further since the release of the Nintendo Wii, but technical limitations like this one are still an everyday reality. 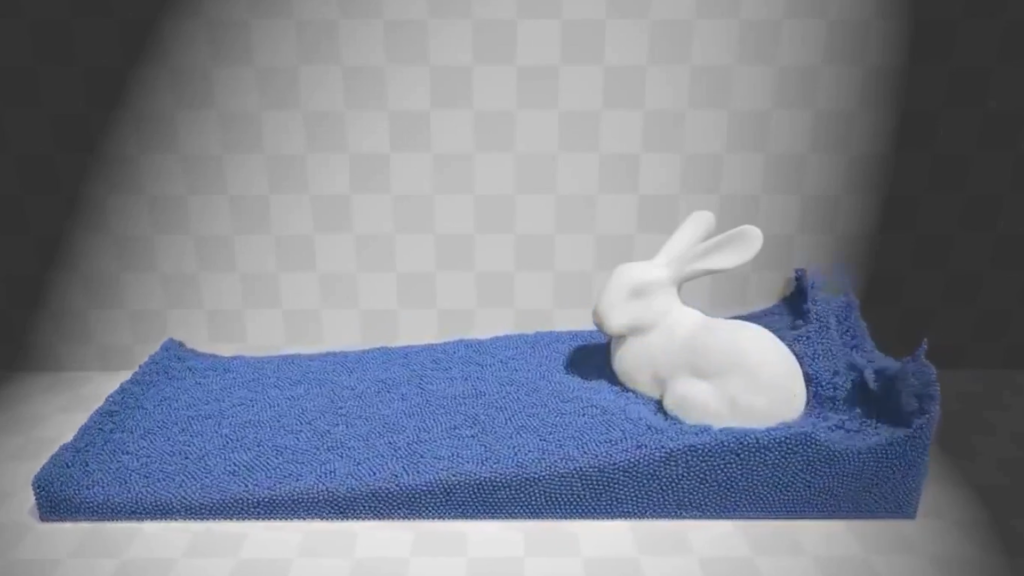 If you were to render every water particle in an ocean in a game, it may take a loooong time…

As a rapid prototyping company, we have extensive experience in applying physics in various game technologies, such as virtual reality. In this talk, Bernard explains how physics that are hyper realistic in VR may have a player end up feeling frustrated and – in the worst case – motion sick. He shows you how to make physics feel natural and make the experience of a player fun without going overboard in the details.

One of the cases that were used to illustrate this, is VR game Journey For Elysium, developed by Mantis Games, and part of the Forbes Top 50 VR Games of 2019. In Journey for Elysium, you make your way to the afterlife in a rowboat controlled with one oar. PreviewLabs worked on the rowing physics for the game. The interaction of the oar with the water and the environment is essential to a good user experience. Since it’s in VR, the importance of haptic feedback is also a key element contributing to the level of immersion. Finally, Bernard also illustrates how too much realism can impact the gameplay negatively. 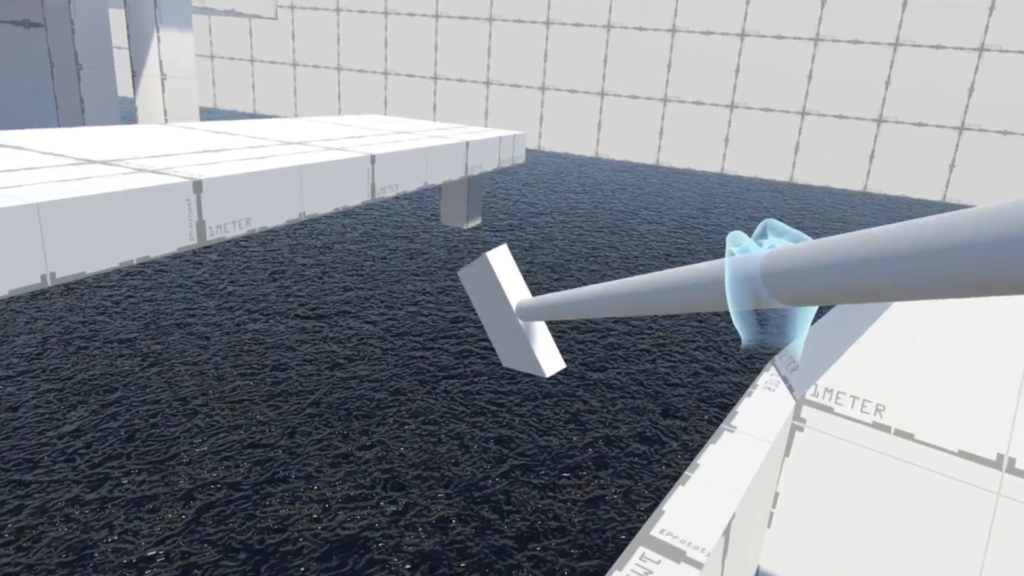 If you make a rowing mechanic in VR too realistic, you’ll get frustrated pretty fast.

As a final example, a VR forklift simulator prototype is shown. In this project we had to nail the physics of the vehicle and its fork. In the second part of this series on physics in prototypes and video games we give you a more detailed look at this simulator and how we implemented the physics.

Looking to implement realistic physics in your game or simulation? Don’t hesitate to reach out. With our experience and expertise in physics, we can build the physics prototype you’re looking for.